At The Crossroads of The Past & Future 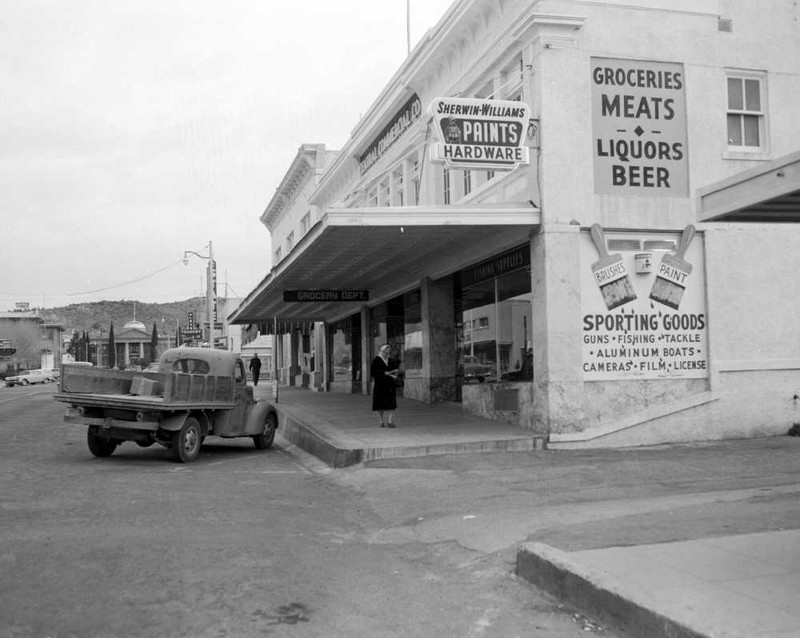 It is a small unassuming little shop. A whimsical mural on one side and 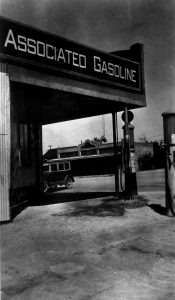 a welcoming bench out front shaded by a tree give it an inviting appearance that is enhanced by the alluring aromas that waft from the front door. This is Savon Bath Treats in Kingman, Arizona, a manifestation of the entrepreneurial spirit that is transforming the historic business district in this desert crossroads.

Located at the corner of Fifth and Beale Streets, just one block from the historical focal point for the district, the corner is a fitting place for a young entrepreneur to set up shop. The building appears to have been built in the late 19th century. In actuality it was built about 25-years ago to mimic the historic architecture in the district. At that time it was a natural products store. Seventy-five years before that it was a service station, one of the first in Kingman. You might say that the corner is located at the crossroads of the past and future.

Of course, this argument could be made for the entire district. The renaissance that is sweeping along Beale Street, and that is spilling onto surrounding streets, stands in stark contrast to what the district was fifty or sixty years ago. The dynamic vibrancy, the crowds on the street, and the busy shops, however, mirrors an era when this was the heart of Kingman, Arizona.

In 1917 when Central Commercial opened its doors, headlines throughout the country reported the event. After all, this was the most modern and largest department store in northern Arizona. It was, in fact the largest store along the Santa Fe Railroad line between Albuquerque and Los Angeles. It continued to meet the needs of travelers, ranchers, miners, and locals for decades. There was a full service grocery with butcher shop, a dry goods and furniture department, and auto parts and hardware department. As late as the 1970’s the store was still a focal point for area shopping.

Then the store closed. Then it was renovated. Then it remained closed. Then the renaissance commenced. Now it dominates the district as it once did. The Kingman Art Hub, Diana’s Cellar Door, a wine bar, and Floyd & Company wood fired pizza and barbecue are just a few of the businesses housed in the giant store.

All through the historic business district a new generation of entrepreneurs, such as the proprietor at Savon Bath Treats, are breathing new life into a once moribund neighborhood of shuttered buildings. The eclectic Gracie’s Vintage occupies the former Chocolate Shop, the local malt shop in the 1950’s. A former dry cleaners is now the Grand Event Center. The J.C. Penny’s store built in 1953 is Beale Celebrations with colorful neon signage. The long closed Kingman Club that dates to 1946 is open and bustling as part of Rickety Cricket, and the original neon signage again glows bright.