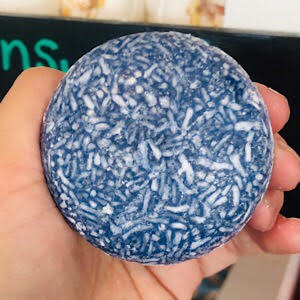 Savon Bath Treats on Beale Street, one block north of Andy Devine Avenue, Roue 66, in Kingman, Arizona is more than a manifestation of the entrepreneurial spirit that is transforming the city’s historic business district. It is a tangible link to American history, a throwback to the nations founding.

In colonial America the making of soap was an arduous and labor intensive chore that exemplified the pioneering spirit of early settlers and an ability to be innovative. In the colonies there were two primary ingredients in soap. The first was lye made from wood ash, and fat or grease, both were byproducts of both butchering and cooking. Then as now, soap making was a household staple and a commodity. It was a tradition rooted in antiquity.

The first historic record of soap making dates to around 2800 BC in ancient Babylonia. In this instance soap was used to wash and prepare animal fibers for weaving. Credit for the making of soap to be used in personal hygiene and even the prevention of disease is given to to the Romans. In the second century A.D. Roman physicians began writing about the medical benefits of soaps infused with various aromatic oils. These soaps were also recommended for household cleaning.

The Romans with their expansive colonization throughout Europe and England made numerous contributions, including the making of soap. When Dutch and English colonists arrived in North America, the art of European soap making came with them. There was another reason that American colonist either made their own soap, or traded at the local soap store. This enabled them to avoid the taxes on imported goods. And in time the colonists were actually exporting soap as well as key ingredients such as potash. This would become a point of contention shortly before the American revolution as the colonies were exporting potash and soap in such quantities England banned the colonies from selling to any other countries.

The manufacturing of potash became a major industry in the colonies. It was produced from wood ash that was sold to the factories by vendors, who collected it from farmers and settlers. Some ambitious entrepreneurs made the sale of wood ash a business, and a few became quite wealthy. And as cities grew, a lucrative domestic soap making industry was born. Professional soap makers often added salt to the manufacturing process and produced hard soap in sheets that were sold by the pound. The increasing prosperity of colonial cities made store-bought soaps quite popular. Soaring sales enabled manufacturers to invest in production methods that resulted in soaps with consistent quality, and a lower price. As with the Romans, soap companies began adding scents as well as essential oils such as lavender, violet, hemp and sandalwood.

Not surprisingly, except for the western frontiers, by the mid nineteenth century, the task of soap making had disappeared from many American homes. Savon Bath Treats hearkens to an earlier time. It is a tangible link to colonial America.