The Dirt on Soap 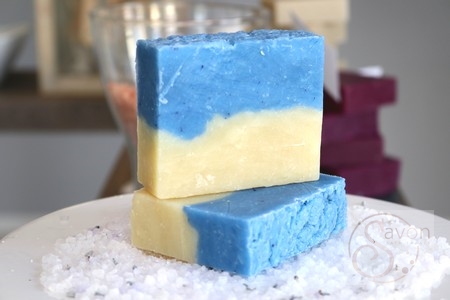 Soap. We all use it. We use it to bathe, to clean the house, to clean counter tops, and to clean the car as well as pets. Smart shoppers are again buying soap made without the harsh chemicals used in commercially produced products from local craft stores such as Savon Bath Treats. What is soap? The simple answer or definition is “a substance used with water for washing and cleaning, made of a compound of natural oils or fats with sodium hydroxide or another strong alkali, and typically having perfume and coloring added.”

Let’s start with a bit of history. The earliest evidence of soap production are references that to about 2800 BC in Babylon. A clay tablet dating to around 2200 BC discovered in an archaeological excavation contains a formula for the making of soap using cassia oil and alkali.

The ancient Egyptians were obsessed with regular baths, with the use of scented oils and with soaps. The famous Ebers papyrus that has been dated to about 1500 centuries BC notes the use of animal fats, various salts, and oils to make soaps. Other recipes from ancient Egypt note the use ashes as well as cypress and sesame oils. As a footnote scented soaps were also used to prepare wool and cotton for weaving. During the same period, in Israel, a variety of wood ash or potash made from burnt wood and vegetable, lard, and olive oil, were used in commercial soap production.

Contrary to popular perception, many early civilizations were quite hygienic. The Latin word for soap, sapo, is believed to be derived from a Germanic word to describe a cleaning product made with tallow and ash. This is referenced in the writings of Pliny the Elder about his journeys in Gaul and Germania. In the later stages of the Roman Republic fortunes were made by traders who could supply Rome and its colonies with Germanic soaps that were perceived to be the best available.

Ancient China took a different route to cleanliness preferring scented oils and creams. A traditional detergent that has been used for centuries is made from a mixture of pig pancreas and plant ash called “Zhu yi zi”. Interestingly, soaps made of animal fat was relatively unknown until the 19th century.

Another interesting chapter in the history of soap occurred in England with implementation of a soap tax in February 1665. All soap manufacturing, even for personal use at home, was closely supervised by royal revenue officials. Commercial manufacturers were required to keep equipment locked unless an official supervisor was present. Then further regulation was implemented that made it impossible for anyone other than large commercial manufacturers to produce soaps. The law stipulated that soap boilers must manufacture a minimum quantity of one imperial ton at each boiling. The tax remained in place until 1853.

And that is thumbnail history of soap, a product that we all use daily. A product that is given little thought. That is the dirt on soap.